Required cookies are essential to let you move around the website and use its features, such as accessing secure areas, shopping baskets and online billing. These cookies allow our website to provide services at your request.

Functionality cookies are used to remember the choices you make, e.g. your user name, log in details and language preferences. They also remember any customisations you make to the website to give you enhanced, more personal features.

Targeting cookies collect information about your browsing habits to deliver adverts which are more relevant to you and your interests. They also measure the effectiveness of advertising campaigns.

This site uses cookies and related technologies for site operation, analytics and third party advertising purposes as described in our Privacy and Data Processing Policy. You may choose to consent to our use of these technologies, or further manage your preferences. To opt-out of sharing with third parties information related to these technologies, select "Manage Settings" or submit a Do Not Sell My Personal Information request.

Packed with technology, practicality and affordability.

With iSMART Technology, fast charging and up to 273 miles range on a single charge, the MG ZS EV has so much to offer.

​Along with fantastic range, comes fantastic design. The grille-less front gives confidence with sharp LED lights to bring the look together.

The charging point can be found to the left of the badge, opening to the side for easier access.

With leather-style upholstery and and an opening panoramic roof.

Immerse yourself in your favourite tunes with a 3D 6 speaker sound system. Your smartphone can sit in the wireless charger as well as 3 USB spaces for any other devices you may need.

Not only that, the touchscreen display houses your Apple CarPlay, Android Auto, Satellite Navigation and more. (Trophy Models Only). ​

The MG ZS EV is powered by a water-cooled lithium-ion battery, with two battery options available, to find a driving requirement that suits you.

Both battery capacities offer fast charging. Plugging your MG ZS EV into a 7kW, domestic charger will take around 7 hours to full charger. With a rapid charger, from 10% to 80% will take around just 37 minutes.

You also have the benefit of regenerative braking, this is designed to extend your driving range.

This system is used as a reminder to the driver to try and reduce the risk of going over the speed limit. The system is ultimately, constantly checking for speed signs giving you a visible warning when the speed limit changes.

This system is to help you change lanes safely. Whenever there is a vehicle in your blind spot, a visual warning will pop up next to your driver's mirror.

At speeds below 12mph, the brakes will automatically apply to avoid collision with a vehicle, cyclist or pedestrian. At speeds above 12mph, AEB works to reduce the likelihood of collision.

This uses a camera to detect lane markings ahead and monitors your position within your lane. When the function detects the vehicle is about to move into another lane without indication, it warns the driver visually, audibly and vibrates the steering wheel. The car will also control steering to keep you within lane.

This system works alongside the ACC. Continuously analysing the speed of the surrounding vehicles, comparing with the speed of your own vehicle. If the system detects traffic ahead slowing down or a dense amount of traffic, you can turn on TJA. TJA follows the vehicle in front, accelerating or decelerating when needed and keeping within your lane.

Take control of your car to the next level.

Your iSMART App can give you information such as status, where your car is parked, nearby charging points and more.

You can even control your climate control system, making your vehicle cooler or warmer before even stepping foot in the car! Another bonus feature, you can even schedule when you want your car to start AND stop charging- How does that sound? 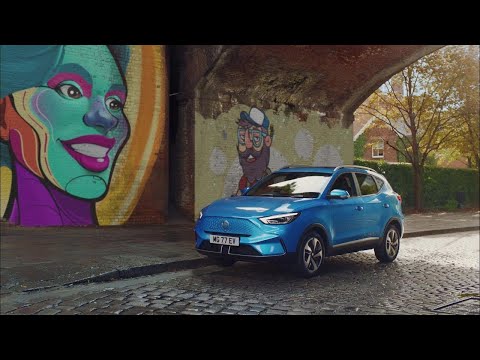 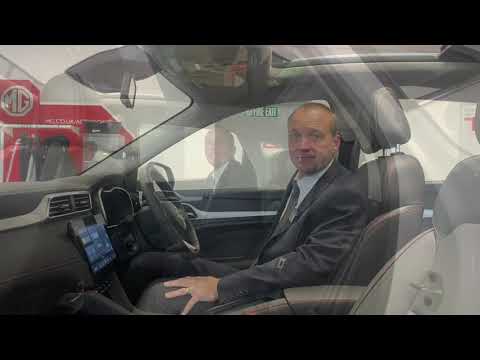 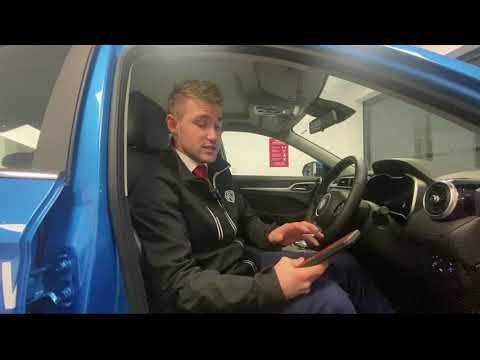 All new MGs come with a comprehensive manufacturer warranty as standard, along with an extensive anti-perforation and paint warranty.

This comprehensive 7 Year Warranty gives you the peace of mind in the unlikely event something goes wrong with your vehicle.

Do you have a question or query? Contact our customer team today!

Make an Enquiry
Join the conversation

Immerse yourself even deeper. Visit our social channels

Company Info
Back To Top

© 2022 Crayford & Abbs Ltd
Reg Office: 23, Cromer Road, Mundesley, Norfolk, NR11 8DA
Reg. Company Number: 5281104
VAT Reg. No. 851442635
CRAYFORD & ABBS LIMITED are a credit broker and not a lender. We are Authorised and Regulated by the Financial Conduct Authority. FCA No: 565377 Finance is Subject to status. Other offers may be available but cannot be used in conjunction with this offer. We work with a number of carefully selected credit providers who may be able to offer you finance for your purchase. Registered in England & Wales: 05281104 Registered Office: Address: Crayford And Abbs Ltd Gypsies Lane, Bodham, Holt, Norfolk, NR25 6QJ Data Protection No: Z2289657
Back
Vehicle Valuation
Compare Saved Vehicles
Top
Close